Happy I am
Happy to stand
To walk in the light of eternal life.

Happy I am
Happy to sit
Under the shadow of the Almighty.

Happy I am
Happy to walk
With her to paradise and beyond.

Pain lingers in my heart

Pain lingers in my heart
It is the death of me.
The lines of life have awfully swayed
To sorrow's lodging.
She welcomes me to dine with sombre
And play along with gloom.
After many years she (sorrow) said
Your pain with me will lead to an early death. 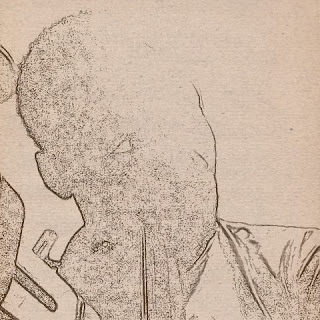 End of the world

The world is quiet
Overhung with gloom
Her proud beauty Destroyed,
along with her shame.

Where are her echoes
The noise she loudly sang
To go beyond eternity?
The debris
Now superior to her callous society!

God loves his own

God loves his own. He loves them so much that he would bring about the greatest suffering upon them to bring them back to himself and to glory.

The centuries have confirmed this noble truth in the life of many Christians. Jesus himself was perfected through suffering. Through many heartaches did our Lord enter into glory. And we should expect nothing less.

It is a rarity that God should let a saint pass into eternal life without difficulty. It is like looking for gold among sands. One must look for gold between rocks or at the bottom of streams.

Many Christians after passing through their valley of death say with that Blessed apostle to whom suffering was a never ceasing companion that, 'For we were so utterly burdened beyond our strength that we despaired of life itself. Indeed, we felt that we had received the sentence of death. '

'But that was to make us rely not on ourselves but on God who raises the dead.'

Ah, the end of all our sufferings! To take us away from ourselves and rely on God. The weeping Christ relied on God, the suffering apostle relied on God. Now it is your turn to follow in such faithful steps.

God loves his own. He loves them dearly that he would not let them enter hell in their pleasures but heaven in their misery.

The converted soul looks upon the agony of his heart, yea when reflecting on the many lashes on his soul, that it was God meaning all thirty-nine lashes as discipline of love.

O, has a person broken your heart or have you been the instrument of breaking another's heart? God uses both means to bring his own back to himself. In the latter we see ourselves as depraved sinners as the bible affirms that we are and we look for sweet mercy from the christ who was crucified. And in the latter we confess that all we have is Christ and his merit to gain; that we are in ourselves unworthy deserving the worst but sweet kindness has comforted us with the sweetest of comforts in the blessed Holy Trinity.

God loves his own. Through many pains and heartache, he brings them home.