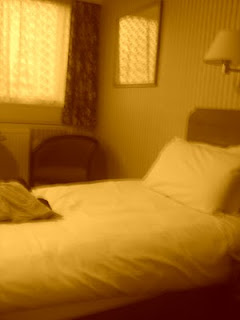 This poem is about a man who heard the news that his wife has been in a car crash and she is in the emergency treatment room. He rushes there immediately and was able to see her and stand beside her. He is broken and holds her hand then he had to leave while the doctors operate. ( This is meant to be sang or read in a very emotional way).

I’ve watched you fight
Holding tight, I gripped your hands
I kissed your head
It will be fine, its alright

Her love is keeping him back from going crazy and loosing his own life because its not what she would have wanted. They once upon a time had this conversation that if one of them should die, the alive spouse would have to continue on living for the both of them. He now has to go back to an empty house, a house that is filled with her smell and toppled with her sweetness. He sleeps alone but could find no rest for his soul. Many thoughts ran through his mind and he would constantly stare at the bright picture that was facing him. Those lovely eyes and warm smile he will experience no more, death has robbed him of his love and it was bitter. Life itself was sour and nothing could console him. He then turned to his left unable to look at the picture in front of him and there he saw a small box with a note that she had left for him. He leaned over unwillingly, thinking whether he should open it tonight or in the morning. He opened it and there was for him a cross, a wooden cross that was to be placed on the neck and the note she had left said ‘What can separate me from Christ, shall death or sickness’, the note was signed off saying ‘Matt I Love you, trust in Jesus’.