I speak, therefore I am?

I speak, therefore I am? 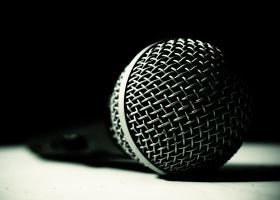 "Silence is golden," declared the Tremeloes in their 1967 number one hit. It's advice that Nigella Lawson appears to have heeded well in the aftermath of the sad demise of her marriage, but Chris Bryant perhaps slightly less so in the debacle of his comments on the employment practices of high street names such as Tesco or Next – who turned out to be not quite the villains he had initially suggested they might be in his leaked immigration speech.

His boss, Ed Milliband, however, has run into stormy waters this week because he appears to embrace the advice, so that there has been a deafening silence from him in terms of strategies, leading to growing internal criticism about his apparent failure to offer effective leadership.

In a world where news is constantly on tap and available immediately from anywhere around the globe, there is an ever-present pressure to say something – I speak, therefore I am. It can be seen in the reluctance to switch off emails while on holiday (I'm guilty as charged!) or the need to keep in touch with the office – if we are not heard then our fear can be that others may forget we exist.

But are there times when silence may not be so golden? Whatever the rights and wrongs of the two girls caught smuggling drugs in Peru, the publicity surrounding their arrest turns the spotlight on them, and the conditions in which they are likely to be held. Whether or not that will help them remains to be seen – but there is no doubt that, for them, as well as for countless others who face poverty, brutality, and oppression (whether as individuals taken as hostages, or as part of people groups caught up in the horrors of places such as Egypt or Syria), silence is far from golden.

For us not to speak out is to leave them feeling that no one cares, no one has any interest in them. So sometimes we are faced with the necessity of opening our mouths, maybe at times when we would rather remain silent, in order that injustice might be opposed.

Ecclesiastes reminds us there is a time to be silent and a time to speak. The challenge can be to discern which time is which, and then to respond appropriately. We may find help in James's exhortation to be quick to listen and slow to speak. Our staff team, working our way through Psalm 119 this week in our daily prayer time, are discovering afresh the love that the Psalmist had for God's word, which clearly arose from time spent marinating in the commands, the decrees, the truth that he found there – but which also enabled him to speak with wisdom and clarity as he understood the purposes of God in each situation. Maybe it is worth taking a leaf out of his book, as we patiently learn to discern God's voice among the myriad siren sounds that swirl around so that, when we do speak, we have something of worth to say.

Rev Mike Talbot is vicar of Emmanuel Church Northwood and chair of Evangelical Alliance board
- August 26, 2013