Imagining that Jesus is Lord 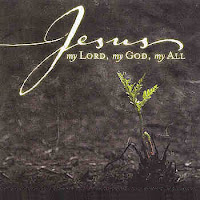 This has been a week of attention grabbing headlines! There’s been a mix of controversy (the budget), firsts (a woman Prime Minister for Australia), endurance (longest game of tennis is history), expectation (Glastonbury), arrivals (a new version of the iPhone), regret (if you’re General McChystal) and nail-biting moments (if you’re an England fan).

As I attempted to choose one of these events to reflect on in this week’s FNT article, I began imaging Jesus being involved in each of these situations. I imagined him sitting in a Westminster café debating the budget and being at a barbeque chatting about what to expect from Julia Gillard. I pictured his eyes moving from left-to-right-to-left-to-right at Wimbledon and him setting up a tent at Glastonbury . I thought about him having a look at a friend’s new iPhone, eavesdropping on the conversations taking place in the White House and sharing the anxiety, pain and jubilation of football fans throughout the world.

Imagining Jesus in those situations seemed both natural and unnatural, he seemed to fit and be a misfit at the same time. However, as I let my imagination run freely (and begun to ponder the theological merits of this exercise), another attention grabbing headline struck me, a headline from almost two-millennia ago. The headline was simple, yet stark, “Jesus is Lord”.

To say Jesus is Lord is to acknowledge Jesus’ rightful place as ruler over everything. It’s a phrase that I often sing and I frequently refer to Jesus as Lord in my prayers. However, it’s a phrase that I find both natural and unnatural; it seems to fit and misfit at the same time. When I’m at church it fits so naturally, but the fit doesn’t seem quite as snug as I sit on the tube reading the newspaper.

The challenge and encouragement is this: there is no need to simply imagine that Jesus is involved in each of the aforementioned situations – he is involved. He is Lord and he reigns over everything! The fact that I found it difficult to think of Jesus being involved in some of these events and wasn’t quite sure if he fitted is a problem. It’s my problem and probably results from the fact that all too often I put Jesus in the ‘church-shaped box’ I’ve constructed for him. Subsequently, I regularly fail to remember that Jesus is involved in everything; I forget that amongst the chaos Jesus is Lord, and I am guilty of denying his Lordship over my own life.

In addition, it can also make talking about Jesus seem unnatural; however, if I live my life knowing, and continually thinking that, Jesus is involved in everything, talking about him becomes much more natural! After all, surely if Jesus is Lord over everything, it would be odd not to talk about him?

So, as I remember that Jesus is not only involved in every attention grabbing headline, but Lord over everything I am reminded that “the earth is the Lords and everything in it” (Psalm 21.1) and I should be a responsible steward of all that he’s lent me. I am reassured that he holds far greater power than any earthly ruler and that he’s right there beside me when I’m exhausted and struggling to endure. I am challenged that my dreams and expectations must come second to his and that I shouldn’t be jealous of my friend’s shiny new iPhone! As I think about regret that General McChystal is probably feeling I am reminded not only of God’s forgiveness but that if ‘Jesus is Lord’ over my life, my words should reflect him. And when it comes to England vs. Germany on Sunday.